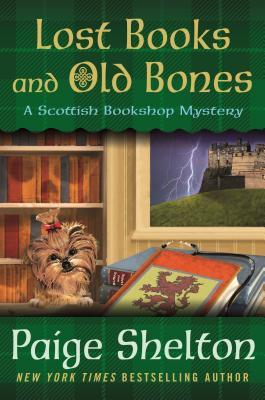 Delaney Nichols, originally of Kansas but settling happily into her new life as a bookseller in Edinburgh, works at The Cracked Spine in the heart of town. She’s recently befriended a few medical school students after they came into the shop to sell some antique medical tomes. But when one of the students’ friends is found murdered outside in the alley, Delaney takes it upon herself to help bring the murderer to justice.

During her investigation, Delaney finds some old scalpels in the bookshop’s warehouse—she finds out that they belonged to a long-dead doctor, whose story might be connected to the present-day murder. It’s all Delaney can do to race to solve this crime before time runs out and she ends up in danger herself.

This is such a delightful series! This is the third…